“Tun Up Di Club (Supermodel)” is the latest collaboration between German producers and DJs ESKEI83 & So Shifty who brought singer Charly Black on board for some authentic Jamaican flavor. You will find the FREE DOWNLOAD here.

“One thing ESKEI83 and So Shifty have in common is their energetic live shows that will leave artists and audience standing in a pool of sweat amidst the ruins of any given venue. Naturally, any collaboration between these human wrecking balls has to be tried and tested for its live suitability first. Well, “Tun Up Di Club (Supermodel)” feat. Jamaican singer Charly Black has been deemed fit for demolition and received the DJ’s official seal of quality.

ESKEI83 has proven his ability to tear down any building at will over and over again. His well-balanced and perfectly executed sets have earned him no less than 9 titles as a DJ battle winner, becoming the first German to take home the Red Bull Thre3style Championship in 2014. The man plays 150 shows a year but still found time to co-found Crispy Crust Records, on which this fine club banger is released.

So Shifty boast a sheer endless output of remixes, edits and dubs, of which the remix for The Very Best’s “Warm Heart Of Africa” in 2012 has once and for all established them as a household name internationally. The German Duo has been endorsed by some of the world’s biggest DJs from Diplo to Kiss FM’s Sinden to Dre Skull. Adding their signature Steelpan sounds to the mix, this collaboration will “Tun Up Di Club” everywhere between Germany and Jamaica.”

I wanna say THANK YOU for your strong support over the years! Thanks for 10.000 Facebook Likes! #Thanks10K 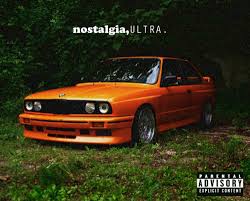